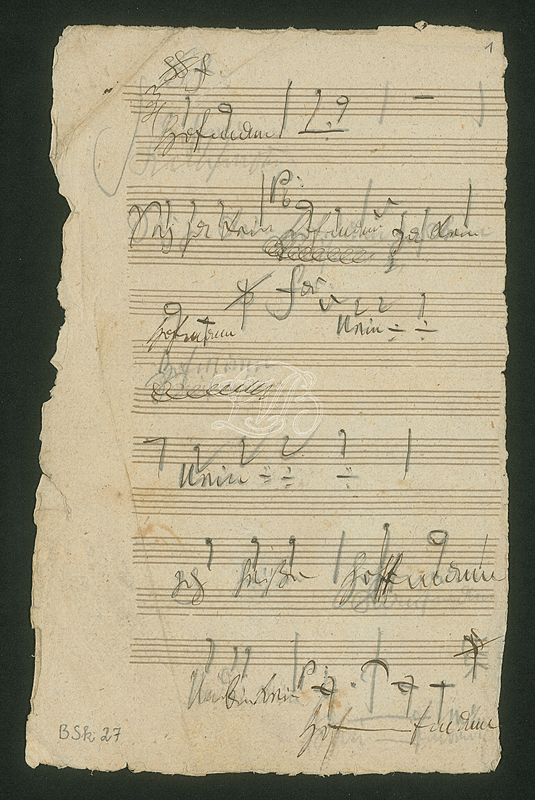 This single sketch leaf is from the pocket sketchbook "BH 107", which is also in the Beethoven-Haus collection. As in BH 107, there are sketches for the Missa solemnis (for the Credo), but only on the front (picture 2). On the reverse (picture 1) there is a canon, "Hoffman, sei ja kein Hofmann" ("Hoffmann, do not be a courtier"), which has been given the number WoO 180 in the Beethoven Catalogue of Works. The canon, first of all sketched in pencil and then partially inked over, was composed in connection with a conversation with the poet E.T.A. Hoffmann. He presumably suggested the pun to Beethoven (although the text is not aimed at the poet). As the sketch leaf did not come from Robert Mendelssohn, who gave the sketchbook BH 107 to the Beethoven-Haus in 1899, it was probably removed from the book before it came into the possession of the Mendelssohn family. It cannot be ruled out that Beethoven himself removed the leaf out of the sketchbook, even before he inked over the canon. (J.R.)