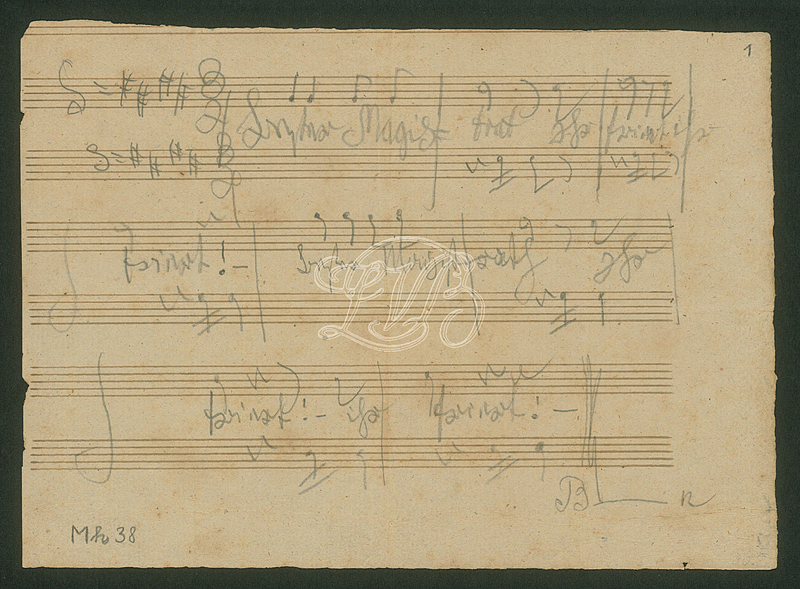 Although written in pencil and only on a piece of leftover paper, Beethoven's autograph score for the canon "Bester Magistrat, ihr friert" ("Dear Magistrat, you are freezing") does not look as if it had been written down on a whim. The writing is clear and strong, not scribbled down as is often the case with sketches. The composer even signed the piece: "B-n" is one of the common abbreviations he used. The canon cannot be assigned a clear composition date. The writing suggests a time around 1820. At this time Beethoven had more frequent dealings with the Viennese city Magistrat on account of the legal wranglings surrounding the guardianship of his nephew Karl. This is presumably why he wrote the canon for male voices. But why are they "freezing"? This is probably a bitter mockery - Beethoven was extremely angry with the Magistrat as the latter opposed him in the guardianship dispute. It is not certain how many parts Beethoven had in mind for this canon. He did not make a note of any entries in the vocal part. Four parts would, however, make sense. Beethoven added an unmarked instrumental accompaniment to the vocal part. As he illustrates the trembling of the freezing magistrate with a written out tremolo, a deep stringed instrument would fit the bill. (J.R.)