Hess 250 -- Ich küsse Sie! Occurs in the PS of a letter, dated January 6, 1816, to the opera singer Anna Milder-Hauptmann, who had just married. The text reads: "Ich kuesse Sie, druekke Sie an mein Herz! Ich der Hauptmann, der Hauptmann!" ("I kiss you, and close you in my heart! I'm the captain, the captain!"). Beethoven adds: "Fort mit allen uebrigen faelschen Hauptmaennern", "Down with all the other false captains". The first riddle about this riddle canon is whether it is a canon or not. The notes are in two seperate chunks (1.Ich k¸sse Sie and 2.Ich der Hauptmann!) and it is not clear whether they belong together. Ludwig Misch ("Beethoven Studies", p.256/8) discusses the apparent impossibility to solve this canon. Perhaps that's why this canon was recorded only as a single line in DG's 1997 complete edition. However, Hess (Hess Supp.V, Revisionsbericht) indicates two solutions: 1) entry of the second voice after one bar a fourth higher, and 2) entry of the second after one bar as mirror image in the prime. The second chunk ("Ich der Hauptmann") can in both solutions be inserted as free counterpoint starting in the second bar. Willem noticed that, in both cases, this second chunk can also be inserted starting in the first bar, a fourth lower, thus turning both solutions into true four part double canons. Also noteworthy is the way Beethoven treats the word "Hauptmann": he slices it in two, with a marked rest between "Haupt" and "mann", comparable to the way he treats "Amen" in the Credo of the Missa Solemnis. It is as if he decapitates his rival musically. 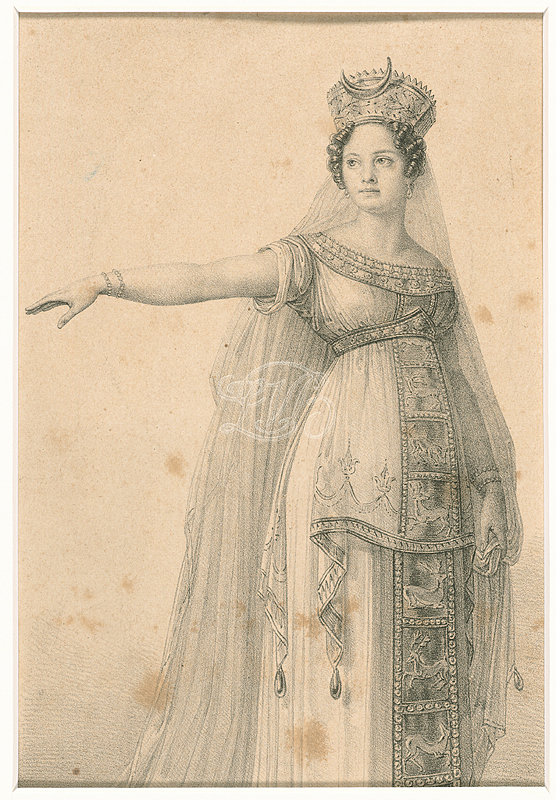 Anna Milder was one of the most outstanding soprano singers during Beethoven's time. In 1805 she sang the part of Fidelio in the opera "Leonore". When "Leonore" was performed again after three adaptions in 1815, she once again accepted the main protagonist's part. In 1810 Anna married Peter Hauptmann, a jeweller, but continued her singing career.

Her exceptionally beautiful voice was widely admired by her contemporaries, among them Napoleon Bonaparte who encouraged her to relocate to Paris. Ludwig van Beethoven, too, highly admired Anna Milder and liked her very much. His affection for her can be seen in a letter the composer sent her to Berlin in 1816 where she had been singing the Fidelio part successfully since 1815. Beethoven also sent her a canon he composed, following the words "Ich küsse Sie, drücke Sie an mein Herz" (I kiss you and hold you to my heart), (WoO 169).(S.B.)