44. LETTER TO THE IMMORTAL BELOVED

This ten page letter was found in Beethoven's desk after his death, together with the miniatures of Giulietta Guicciardi and the Countess Erdödy. The letter is dated Monday, 6th of July, and though it mentions no year it must have been written in 1812. No one knows if the letter ever reached its destination and, if it did, whether the recipient returned it to Beethoven. In its boundless style, violent and eruptive, with its exclamations and parentheses (separation marks of which, characteristic of Beethoven, finish fragments of statements), the composer cries out his passion. However, these outbursts immediately are followed by prosaic details and reasonable proposals only to resume, as abruptly, the passionate style of expression. The whole is of most astounding disorder. ( Former State Library, Berlin) 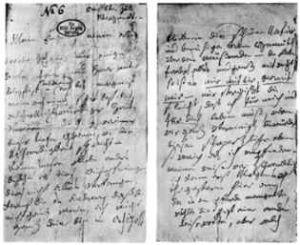 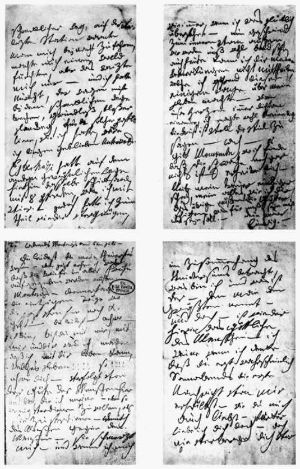 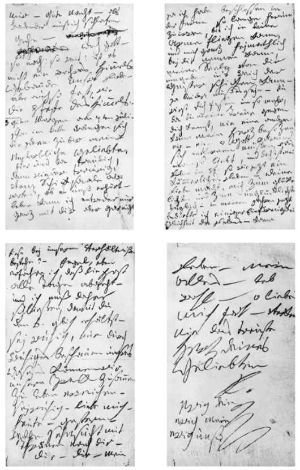