In 1733 Ludwig van Beethoven, the grandfather, left Mecheln, and after a short stay at Löwen moved to Bonn, the residence of the Archbishop of Cologne, Kurfürst Clemens August of Bavaria. 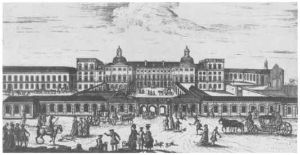 THE PALACE AT BONN, RESIDENCE OF THE KURFÖRST OF COLOGNE From an engraving by Fr. Rousseau This palace and its priceless interior became a prey to flames in January, 1777. ( Municipal Archive, Bonn) 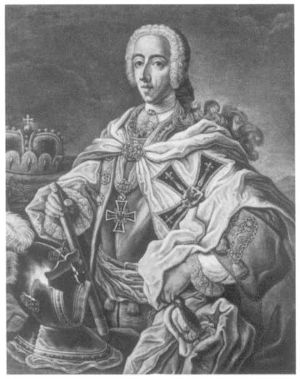 CLEMENS AUGUST OF BAVARIA, KURFÜRST AND ARCHBISHOP OF COLOGNE (1700-1761) Engraving by G. Bodenehr after A. Vind Under the reign of this prince of the church Ludwig van Beethoven, the grandfather, settled in Bonn. ( Municipal Archive, Bonn) 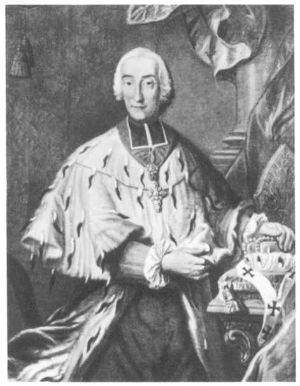 MAXIMILIAN FRIEDRICH, COUNT VON KÖNIGSEGG-AULENDORF, KURFÜRST AND ARCHBISHOP OF COLOGNE (1708-1784) Oil painting He was the successor of Clemens August. (Town Hall, Bonn) Both rulers, equally fond of splendor and extravagance, endeavored to make their residence Bonn a center of artistic and lavish life, in which the fine arts, the theater and the dance held a more important position than did the church service. 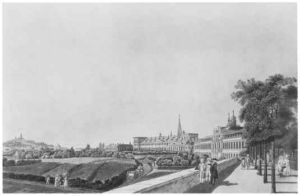 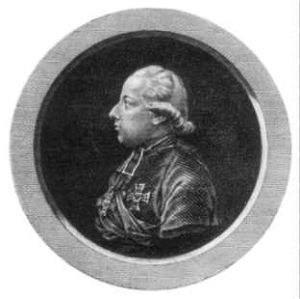 MAXIMILIAN FRANZ, KURFÖRST OF COLOGNE (1756-1801) Engraving by J. E. Mansfeld Maximilian Franz, the younger brother of Emperor Joseph II, was Archbishop of Cologne from 1784 to 1794, when the troops of the French Revolution expelled him from his diocese. Liberal and highly educated, he protected the arts, especially music and the theater. The young Beethoven enjoyed his particular interest. ( National Library, Vienna) 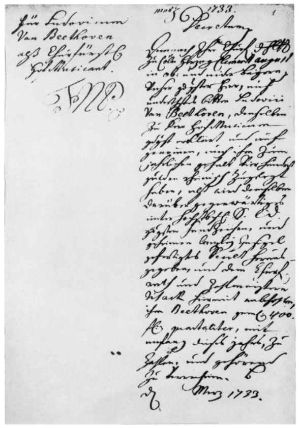 DOCUMENT OF NOMINATION BY CLEMENS AUGUST, KURFÜRST OF COLOGNE (March, 1733) With this document Ludwig van Beethoven, the grandfather, was appointed to the position of court musician of the Kurfürst. ( State Archive, Düsseldorf) 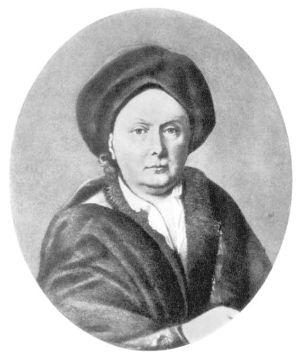 LUDWIG VAN BEETHOVEN, THE GRANDFATHER (1712-1773) From an oil portrait by A. Radoux After leaving Mecheln the intelligent and well trained musician settled in Löwen at the age of eighteen. There he began as a tenor at Saint-Pierre and was soon promoted to director of the choir. In 1733 he was called to Bonn as a bass. In 1746 he was given the title of chamber musician of the Archbishop's orchestra. In 1761 he became director of the orchestra. He died in Bonn on December 24, 1773, three years after his grandchild Ludwig was born. ( Beethovenhaus, Bonn) 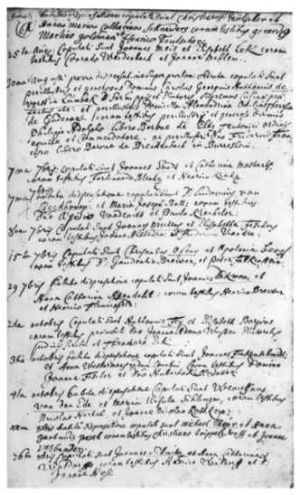 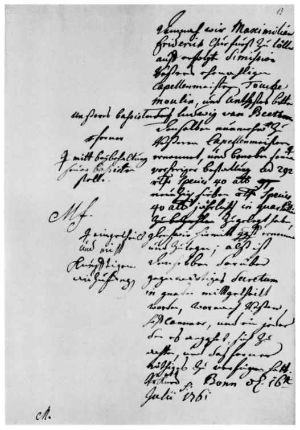 THE ARCHBISHOP'S DOCUMENT OF APPOINTMENT BY WHICH LUDWIG VAN BEETHOVEN, THE GRANDFATHER, WAS PROMOTED TO DIRECTORSHIP OF THE ORCHESTRA (July 16, 1761) ( State Archive, Düsseldorf)